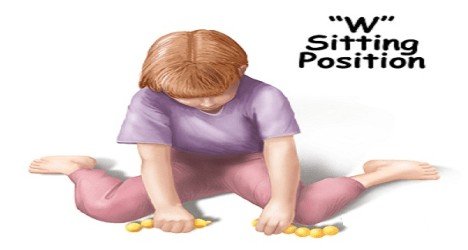 A lot of children sit in the W-position when they are playing with toys and such.

Why do children do this?

They do it because they don’t have to worry about keeping their  balance when playing with toys etcetera.

Why is it bad?

It stops them from rotating their upper parts of their bodies or shifting weight from one side to the other.     These latter movements are important for children to maintain stability whilst doing other things like running or playing on a playground.  So, if they start adopting the W-position too often, then they get used to this position and rely on it.   And when they start to do that, they then don’t develop the more mature movement patterns for higher level skills like running and jumping.

It’s also not good for their hip joints and can lead to hip dislocation problems.

And finally, it causes their upper leg muscles to tighten up rather than move freely.

So if they do it the once, is it bad?

All children do the W-position at sometime or another.  The key is whether they start to do it a lot.  The odd time is okay but if you notice them doing it more than just the odd occaision, discourage them from doing it.

However, even the odd time is not good if

So how to I stop it?

The most effective and easiest way to prevent a problem with W-sitting is to prevent it from becoming a habit it the first place. Anticipate and catch it before the child even learns to W-sit.  If a child discovers W-sitting anyway, help them to move to another sitting position.   If you see your child W Sitting, rather than simply saying, “Don’t sit like that!” it is a good idea for you to suggest other ways for them to sit such as: 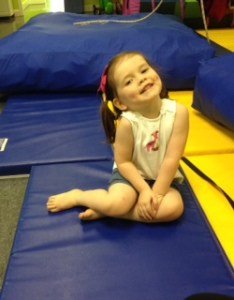 It’s very important to be as consistent as possible and use a comforting voice rather than one a punitive tone.  If you still have trouble, get in touch with the Health Visitor or GP.