First of all, let us explain how coughs, colds and sore throats normally take to settle.   Did you know…

So, if you have a cough for less than three weeks you generally do not need to see a doctor.  It will settle in its own time.   Most adults experience episodes of coughing between two and five times a year, and about one in five people suffer from coughs during the winter months.   Although coughing often  impairs  people’s  quality of life, it is  rarely due to serious causes and usually gets better by itself.

Why do we cough?

Cough is a reflex mechanism to clear your breathing passages of mucus or other irritants, and is rarely a symptom of anything more serious than a cold. Most coughs clear up within three weeks, and a GP’s advice should be sought for those that do not.   It is estimated that one in five people will suffer from a cold-related cough during the winter months.  The excess mucus/phlegm that results from the viral infection may be too sticky to be coughed up easily and that’s why sometimes it is so frustrating and annoying.

Acute cough is most commonly caused by a viral upper respiratory tract infection due to a cold.  A chronic cough is common in  smokers and can sometimes suggest an underlying lung problem, but may also be caused by conditions outside the lung, such as heartburn (gastric reflux).  Cough may also result from taking certain drugs (check the label), asthma, and environmental factors (dusty workplaces, for example).

When should I see a doctor?

So, most coughs will take three weeks or less to settle down.  Go and see a doctor if….

What can I do to help the cough settle?

Most of the time, you will not need any medicine because our bodies are very well designed and can get rid of coughs and colds within 3 weeks. There are things you can do to help your body’s natural process. 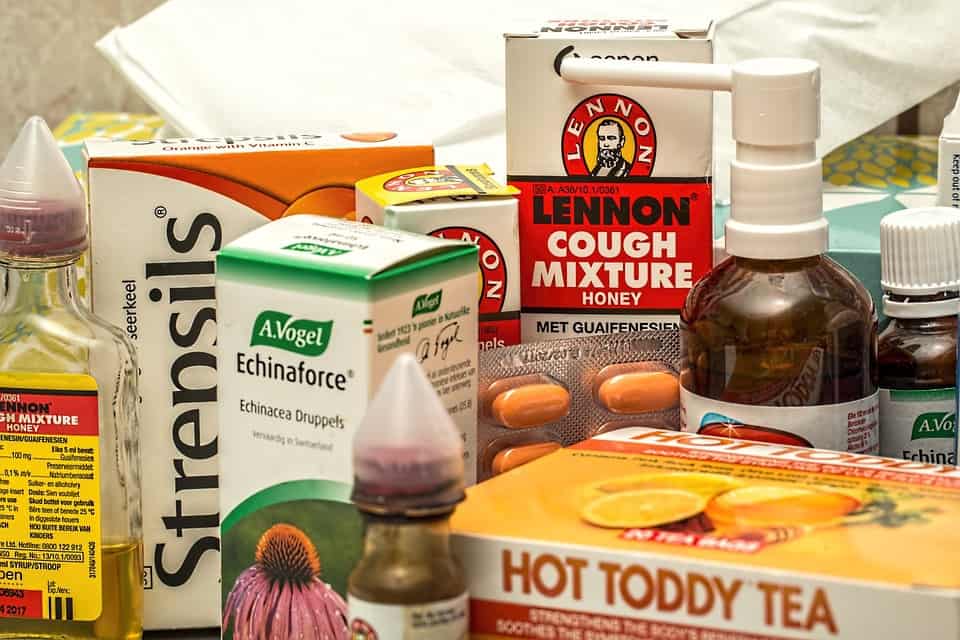 Remember, most of the time, coughs will settle down on there own and you do not need to see a doctor or buy medicines.    But if you want to try something then please read on.  There are two types of cough: the productive cough (sometimes described as ‘chesty’ or ‘loose’), in which the person tries to cough up the excess phlegm in order to clear their breathing, and the non-productive cough, sometimes referred to as dry or ticklish. Understanding the type of cough leads to appropriate treatment.

If you have a phlegmy productive cough….

If you have a tickly dry cough…

Information on this page adapted from http://www.selfcareforum.org/wp-content/uploads/2013/04/7-Cough.pdf