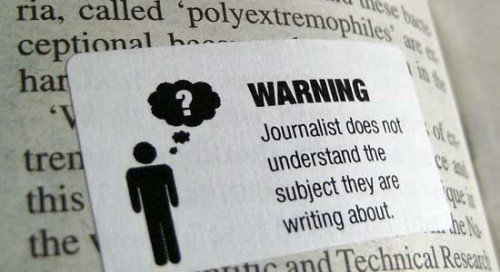 It was shocking for us all to awaken last Thursday to what seemed to be a national media assault on general practice.   They found one or two bad GP practices and decided to showcase them in a way that made out all GP practices are like that – which simply is not true.   Of course, not every single GP practice in the UK is going to be brilliant but the large majority of us do a good job.  And according to a MORI poll survey – doctors are still the most trusted profession.  Why?  Because most of us love our jobs and we do it to help people.   Most GPs are angry with journalists for making the patients unnecessarily worry about their own GP practices when most of you don’t need to be.  But we all know that journalists are really good at doing just that – sometimes twisting the truth in order to sell papers or make headlines or to make a name for themselves in the world of  Journalism.

Let’s be clear – we are NOT complacent about the seriousness of some of the shortcomings that were identified, nor are we defending bad practice.  But we do want to highlight the excellent service delivered by the overwhelming majority of GP practices  – which the media also highlighted, but not as much (probably because good stuff doesn’t sell but the bad stuff does).

All GP practices are undergoing these inspections by an organisation called the CQC.    Most GPs don’t have a problem with being inspected.  However, we do want these inspections to be done in a supportive way – in other words, to understand why some practices are struggling and to enable improvements where necessary rather than the denigration and humiliation of practices by the media.

GPs are already working in a climate of engulfing scrutiny and threat, and with unmanageable increases in workload, lack of resources and money, and limitations in infrastructure. GP practices have also had a cut in their funding for organisational management – the very same money that was specifically for achieving many of the standards expected by the CQC. Don’t you think that’s crazy?

Even so, headlines that one third of GP practices failed to provide basic care were wholly misleading.  You have to remember that these CQC inspections are not primarily measuring the direct clinical care provided by individual GPs.   They look largely at the organisational and management processes in practices – in other words, how the practice works rather than the individual medical input into each patient.   CQC themselves say they will be revising their format of inspections from next April 2014  to make them more ‘fit for purpose’.

Whilst openness about standards is important, the ‘naming and shaming’ of individual GP practices in England was handled without consideration of the inevitable alarmist publicity and reputational damage it would cause GPs at large. Many of the failings were swiftly rectified by practices following the CQC visit, which is just what we would expect, and makes the public shaming of some practices hard to justify.

Don’t believe everything you are told in the papers or on the news.   It is important not to fuel a climate of fear among dedicated hardworking GPs.    Not all of us are like the one or two bad examples out there.  Please remember, the large majority of GPs are good, as are their practices.


Finally, we wish you a restful, happy Christmas and New Year

This site uses Akismet to reduce spam. Learn how your comment data is processed.