PrEP IMPACT Trial announcement: community PrEP advocates from PrEPster and iwantPrEPnow welcomed today’s announcement by NHS England of the launch of the PrEP IMPACT trial.  The IMPACT trial will provide PrEP to 10,000 people in England, with the first clinics in London, Brighton, Manchester, Liverpool and Sheffield expected to start enrolling participants into the trial next month. NHS England has announced that the drugs for the trial have been procured and ethics approval for the trial is expected within days. 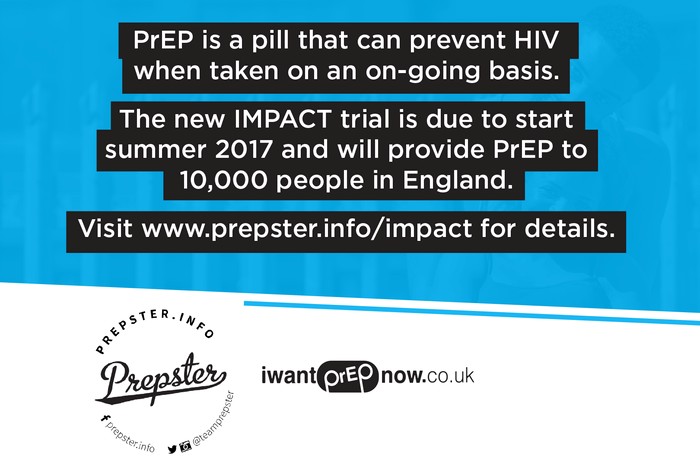 Greg Owen, co-founder of IWPN said, “Today’s announcement is testimony to the activism of individuals and organisations across the country, including those involved in the United4PrEP coalition.”

Marc Thompson, co-founder of PrEPster said: “Recruitment to the trial must include African communities, women at risk of HIV, trans people, sex workers and Black gay and bisexual men. We will work alongside other organisations to ensure that these key groups know about PrEP and how to access the trial.”

Dr Will Nutland, co-founder of PrEPster said, “Given the international evidence around PrEP’s efficacy it is unacceptable for anyone who is eligible for PrEP not to get it.”