We all love our holidays but every year there are lots of people who come back having had an awful time because of an injury or ill health.

Here’s some top tips to keep you and your family safe.

Of course, many of us want to be merry and have a drink on holiday.    But remember to drink responsibly.  We hear of so many accidents and injuries because people drink far too much.   People often come back with ankle sprains just after 2 days into their holiday.  Some – especially young people – come back worse.   Please do not swim or do dangerous things when you are drunk.   You will OVER ESTIMATE your abilities.   And drink plenty of water in between drinking – because alcohol dehydrates you (just like the sun will). 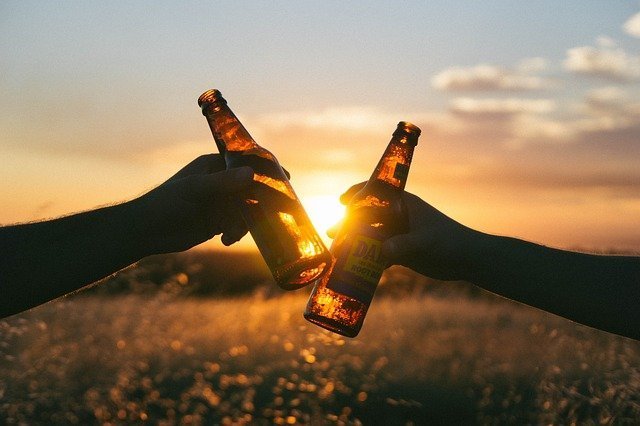 Most of us love the sun.  But you need to take care.   Sunburn is really bad for your health.  After an episode of sunburn – you’ll feel tired and exhausted for a few days after because you’ll be dehydrated too.   And that will ruin your holiday.

Did you know that every occurence of sunburn (espcially in children) increases their later risk of skin cancer?

So, please stop your skin from becoming red!  Drink plenty of water.   Cover yourself in plenty of sun protection cream.  And remember, keep reapplying it.   A cream with a Sun Protection Factor (SPF) of 50 means that after 50 mins in the sun, YOU NEED TO REAPPLY IT because it will have worn off!

A riptide, or current, is a strong, narrow current that flow away from the beach.  One way to think of them is as rivers of the sea caused when wave heights change quickly, or at sandbar breaks, where water is channeled out to sea.  They drag you under the water – in fact they pull you out to sea.  And then many people die because they can’t get back to land again.

Read this news report: “Five people died in a horrific seaside tragedy at Camber Sands yesterday.  Their bodies were either dragged from the sea in front of stunned sunbathers, or were discovered washed up on the beach.  Exactly how they died remains unclear, but it is thought they drowned and could well have been swept away to sea after become caught up in a deadly rip tide.”

First things first – DO NOT PANIC.   Try and remain calm.  That’s the most important thing.    Take control of the situation.  Don’t exhaust yourself.  Just try to stay afloat, most riptides will bring you back.  Some say swim parallel to the beach – but that can be very exhausting.  The experts say go with the circular flow and get the riptide to bring you back.  Watch 1st and 2nd videos.

Remember -you can spot riptides – they are darker than the rest of the water and they LOOK like a calm strip of water (i.e. you don’t see many waves break  there).  Don’t let this calmness fool you.  Please watch your kids, even if they are in shallow water.

One other thing – many people drown at sea because of unexpected LEG CRAMPS.  Some of these are strong swimmers.  But the problem is that if you get a leg cramp whilst out at deep sea, it doesn’t matter how good a swimmer you are, it will be difficult to get back ashore.  So be careful and stay safe.

Backpack Health makes it easy for individuals to manage, own and share health information for themselves and their families. And we provide a platform for organizations to engage patients, collect up-to-date data and build communities across the globe.

This site uses Akismet to reduce spam. Learn how your comment data is processed.